On October 26, 2021, the President of the Polish Space Agency, Grzegorz Wrochna, signed the Artemis Accords in the presence of NASA Deputy Administrator Pamela A. Melroy. This statement gives Poland a greater opportunity to participate in multilateral NASA programs related to the exploration of the Moon, Mars, and other celestial bodies.

Representatives of the Polish Space Agency and the National Aeronautics and Space Agency of the United States met during the 72nd International Astronautical Congress (IAC) in Dubai, United Arab Emirates.

The Artemis Accords are an international commitment that define the framework for cooperation in the civil exploration and peaceful use of the Moon, Mars, and other celestial bodies. This is another important step in building Poland’s cooperation with the United States.

The Artemis Accords enhance the possibility for Polish institutions and enterprises to participate in the NASA Artemis Program, concerning the return of people to the Moon and the expansion of space exploration. Poland has joined, inter alia, Australia, Brazil, Canada, Italy, Japan, Korea, Luxembourg, New Zealand, Ukraine, UAE and Great Britain, which have already signed the Artemis Accords.

The provisions of the Artemis Accords refer to the 1967 UN Outer Space Treaty and the major UN conventions that form the basis of international space law.

The President of the Polish Space Agency pointed out that Polish companies and institutions have been successfully cooperating for years i.a., with  NASA, ESA, DLR JAXA and CNSA. – During just the past 40 years, over 80 instruments designed and constructed by Polish scientists and engineers have been used in various international space missions. A decade of membership in the European Space Agency have resulted in a dynamic development of the Polish space sector, in which more than 350 Polish enterprises already operate. Poland’s accession to the Artemis Accords is another important step in developing the potential of the Polish space sector in the international arena – emphasized the President of POLSA, Grzegorz Wrochna during the signing ceremony.

The next step in building Polish-American relations will be the conclusion of a Framework Agreement on Space Cooperation between the Republic of Poland and the USA, on which work is currently underway. 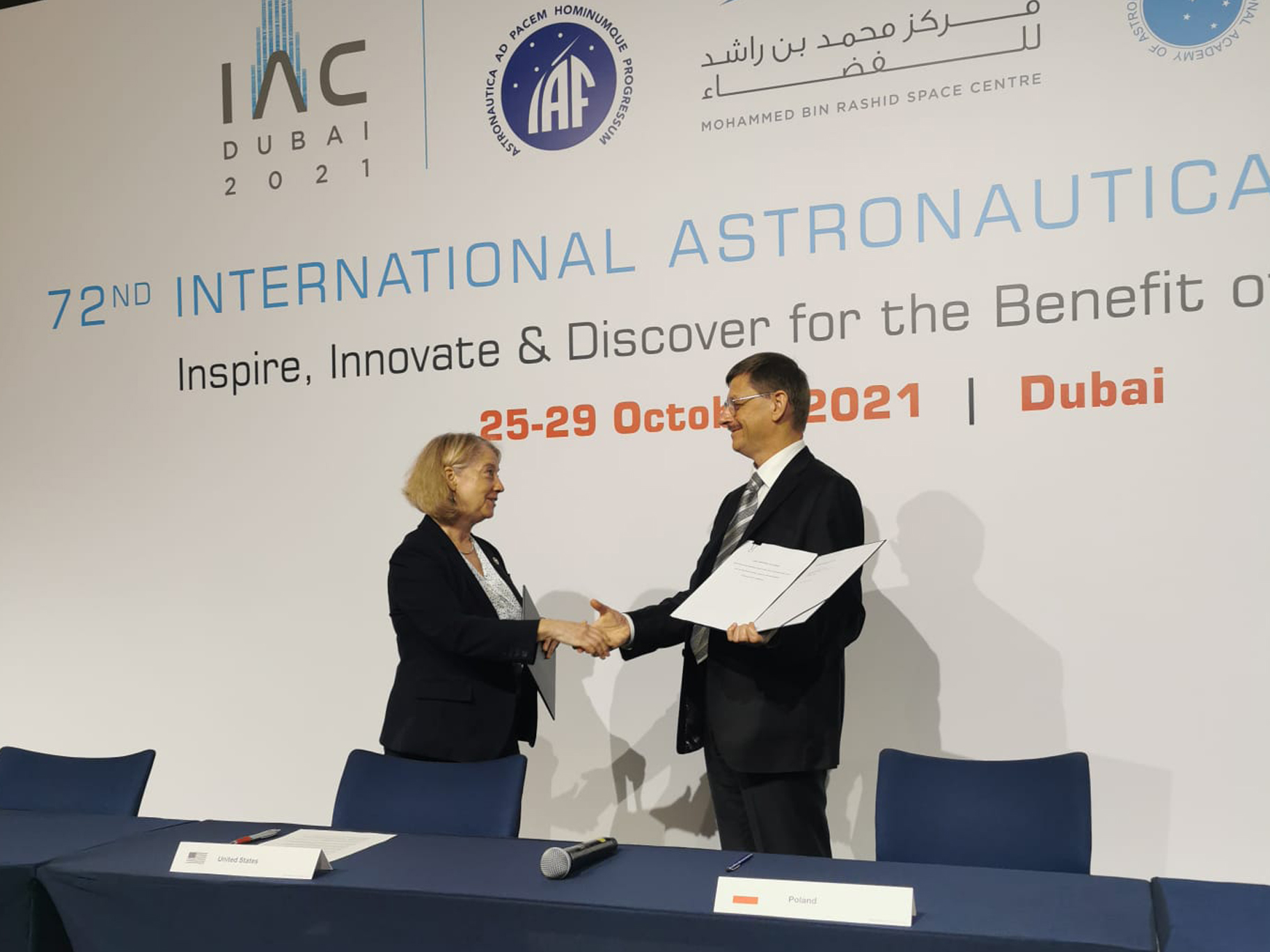 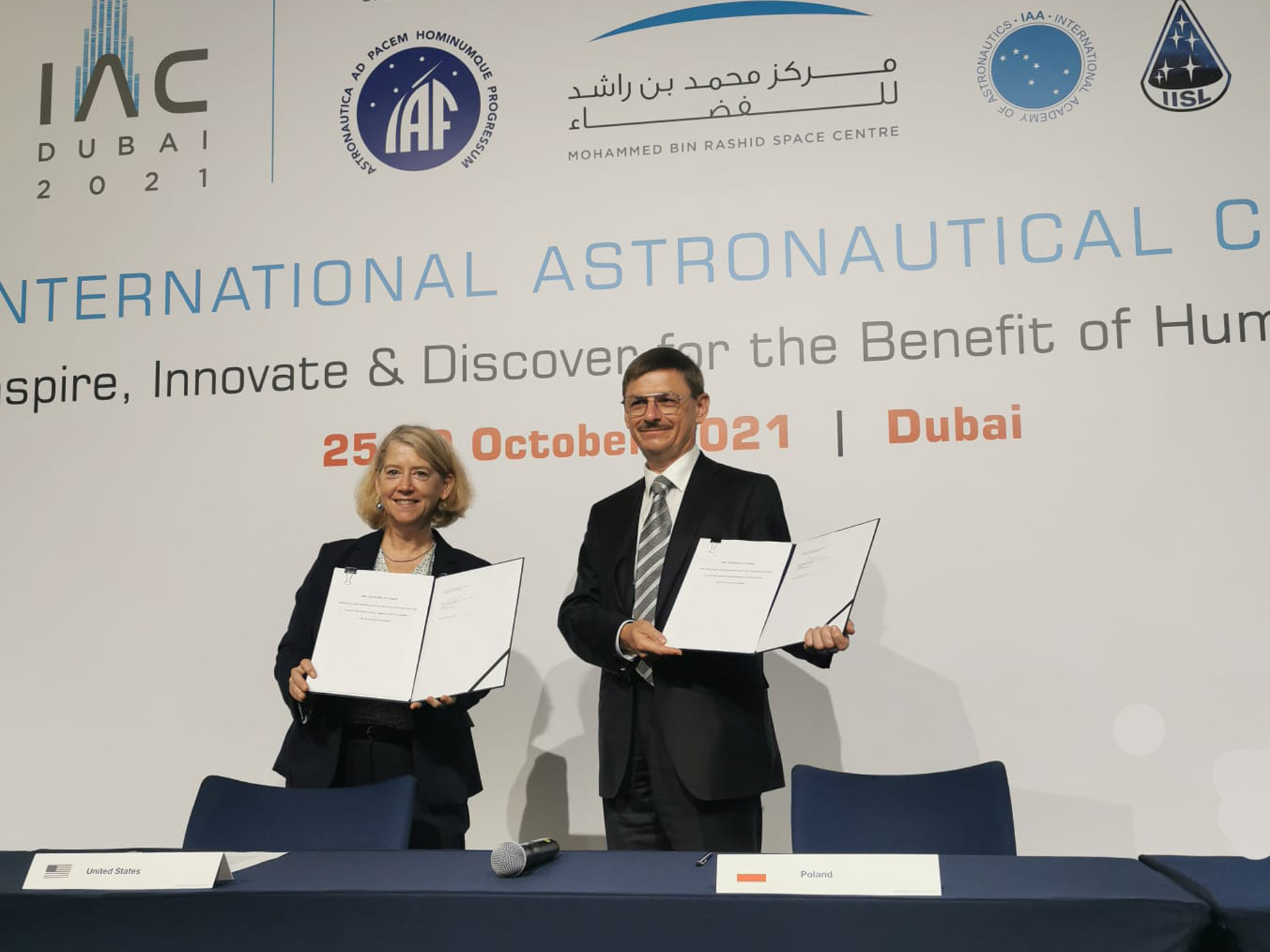